YouTube as a social media site for online videos has become a major platform for the distribution and consumption of video blogs (vlogs). Famous YouTube video bloggers (vloggers) can obtain large audiences and become important for product marketing. The success of vloggers can be related to the achievement of audience engagement, manifested by viewers’ participation and consumption on YouTube. Existing studies have explored vloggers’ audience engagement behaviours (AEBs) in their videos. This work-in-process research shifts focus from content to the vlogging “context” - situational factors involved during the production of vlogs. Context has been studied in subjects including human-computer interactions (HCI), television and language use, but rarely in vlogging. Previous research unveiled that context could affect bloggers’ written content. Research in marketing suggests the effect of context on brands’ engagement strategies towards consumers. However, the relationships between vlogging context and vloggers’ AEBs in videos have rarely been explored.  This study explores the question “How can vlogging context affect vloggers’ audience engagement behaviours in videos?”  This study implemented a qualitative analysis of videos from two famous UK YouTube vloggers.  The analysis currently focuses on exploring how three key types of context (vlogger, audience and environmental context ) may affect the two AEBs – interaction and self-disclosure. The results propose that the three contexts affect vloggers’ AEBs through multiple contextual factors within each context. This highlights the importance of the vlogging context regarding its impact on vloggers’ implementation of AEBs. The study contributes to establishing a further understanding of AEBs of vloggers by taking context into account in addition to content. It provides another angle to evaluate vloggers and social media producers’ practices for building audiences. 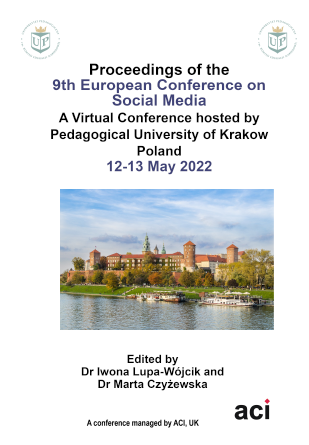